I came across an antique tobacco sorter, also known as a tobacco sizing box, that I could not pass up.  Little did I know that such tools have been used for about two centuries in this country by tobacco farmers to size the leaves of the tobacco plant upon harvesting.  After a lengthy discussion with a good friend of mine who has gone tobacco picking on a farm in Massachusetts, I was surprised at what an ingenious tool this wooden frame really was for farmers. 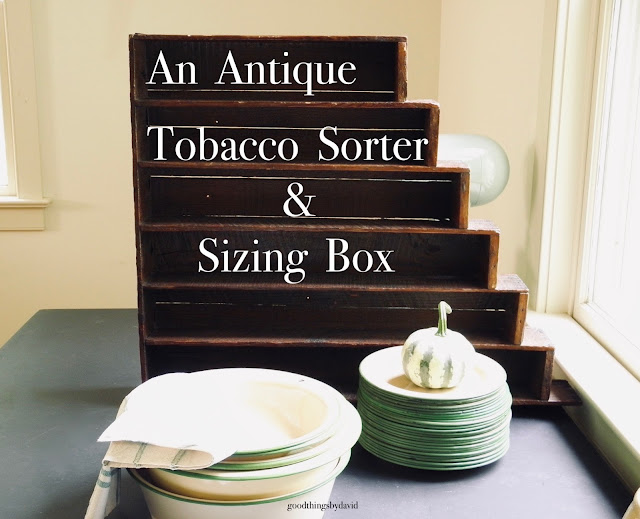 At first glance, you might come to the conclusion that it is a spice rack, much like the one that I own (click here).   Did you know that a tobacco sorter such as the one above was the actual inspiration for my Martha by Mail spice rack? 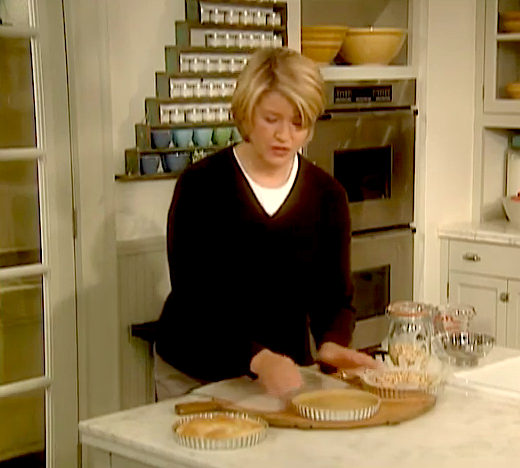 The first time I saw a tobacco sorter was on the set of Martha Stewart Living Television several decades ago.  I assumed it was a spice rack or a spice shelf, because that is how Martha was using it on the set (above).  Little did I know I was completely wrong.

It wasn't until years later that I noticed in her book, 'New Old House', that Martha referred to this wooden rack as being a tobacco sorter.  She was repurposing it in the Adams House kitchen. 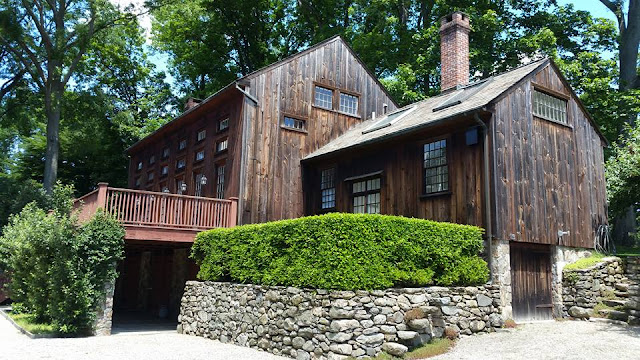 My guess is that she probably found her sorter in the tobacco barn that she purchased for her Turkey Hill property.  Tobacco barns such as the one at Turkey Hill, have been in use for a good part of this country's history. 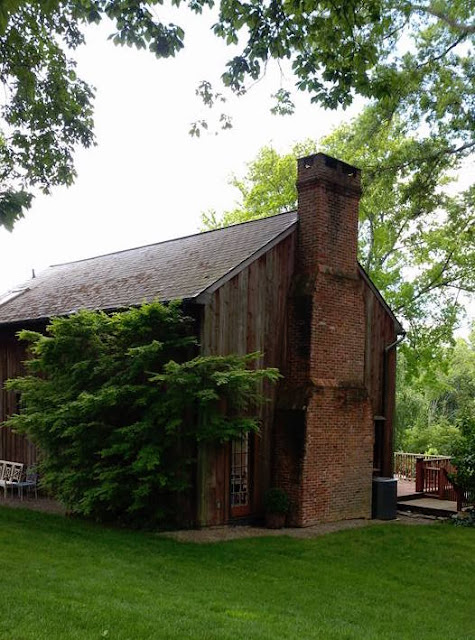 Tobacco farmers who would harvest the tobacco plant would tie up the leaves onto wooden laths.  These wooden laths would then be suspended from the barn rafters so that the leaves could dry unimpeded.

Once dried sufficiently and striped of the bitter stems, it was up to the farm hands to divide the tobacco leaves and group them according to size.

My good friend Jeffrey tells me that many tobacco barns that are still being used can be found throughout the state of Massachusetts, as well as in Connecticut and even here in Pennsylvania.  It goes without saying that many other states have them as well. 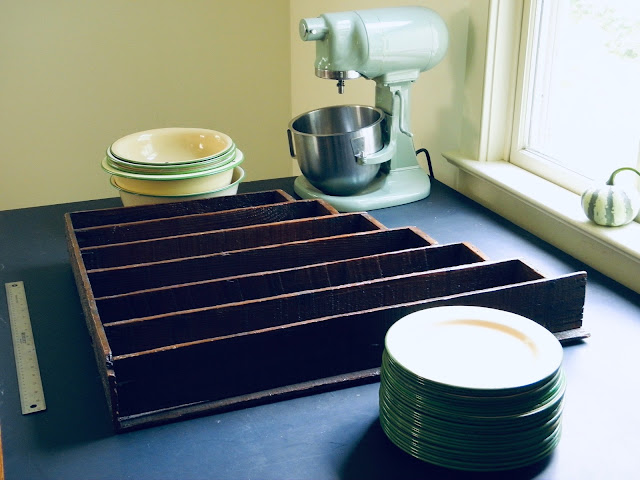 My particular shelf comes from a tobacco barn in Lancaster County, Pennsylvania.  This is one or two counties over from where we reside.  The former owner of the shelf tells me that his family discovered two of these sizing boxes in the tobacco barn on their property.  During childhood, they repurposed the sorters as shelves for knickknacks in the bedrooms. 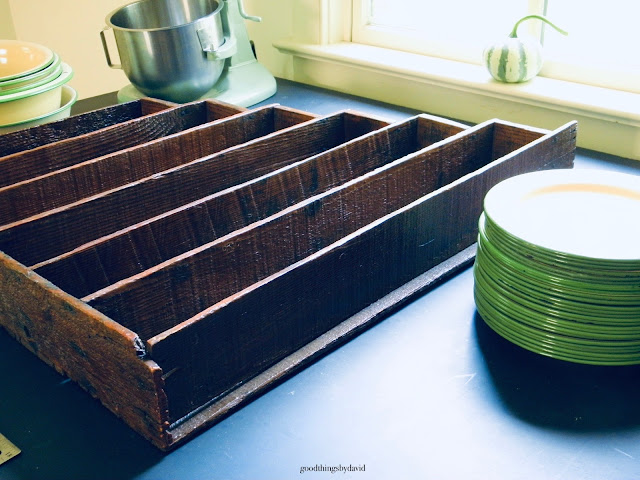 The former owners of the tobacco sorter gave it a clear coating to seal and preserve the wood.  Although this particular one is over one hundred years old, it is very sturdy. 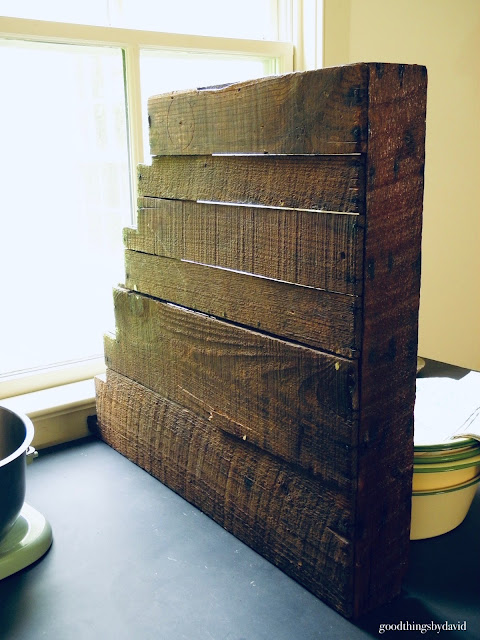 The first thing that I noticed about the sizing box is that it actually has a closed back.  Most of the examples I've come across have an open back.

I absolutely love the wooden planks on the back of this one because they are all cut differently.  Isn't it fantastic how the wood grains differ from one another? 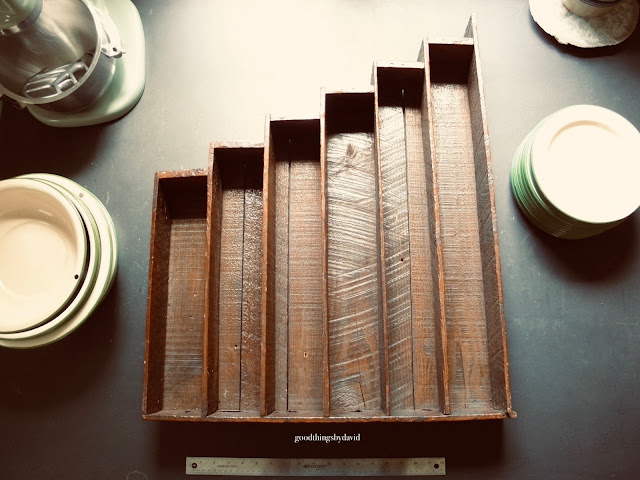 This is how one would use a tobacco sorter.  The sizing box would get placed on a table in order to lie flat.  Farm hands would then gather the tobacco leaves stripped from the stems, and place the leaves in the cubby corresponding to its length.  The longer the leaf, the better the quality.

Outer leaves are used as cigar wrappers, while the shorter leaves get used for the insides of cigars.

Needless to say, these antique tobacco sorters are no longer used today.  They are relics of a bygone era, but they are very much collectible if you like antiques like I do.

If you're fortunate enough to own one or if you ever come across a tobacco sorter while antiquing, repurpose it.  Whether you hang it up on a wall and use it as a shelf for spices, custard cups or a collection of salt and pepper shakers, or you have it on your desk lying flat to hold photographs, stationery or other office material, give it a prominent place in your home.  Once used as ingenious tools by tobacco farmers, an antique tobacco sorter or sizing box can get a second life by gracing one's home.
Email Post
Labels: Antiques Collecting Home and Garden Inspiration Kitchen Martha Stewart Pennsylvania