These beautiful Wedgwood Commemorative Plates that were created for our country's bicentennial are such nice pieces of transferware.  Set on Queen's Plain earthenware, the black copperplate engravings provide a glimpse into the birth of this nation.  The 13 colonies that were seeking independence from British rule in the 18th century are depicted in the 9" plates, with a momentous scene from this historic time.  Go through these plates and read about Caesar Rodney's historic gallop toward the Continental Congress and the drafting of the Declaration of Independence.  I hope you enjoy them. 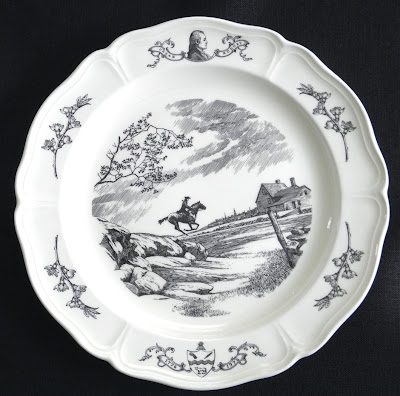 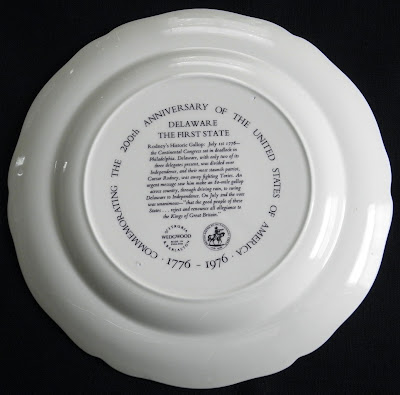 The underside (I provided this sole picture as an example of what all 13 plates look like underneath). 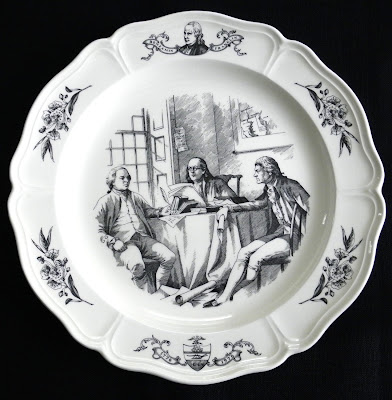 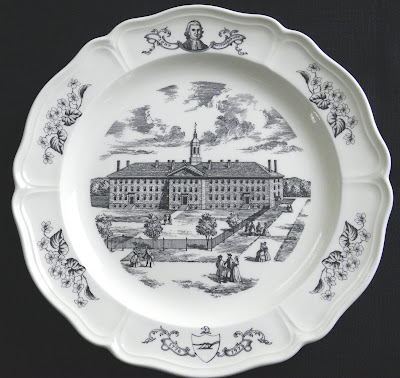 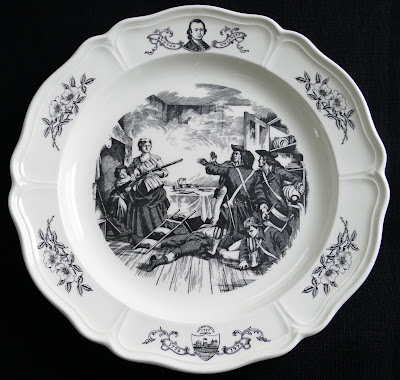 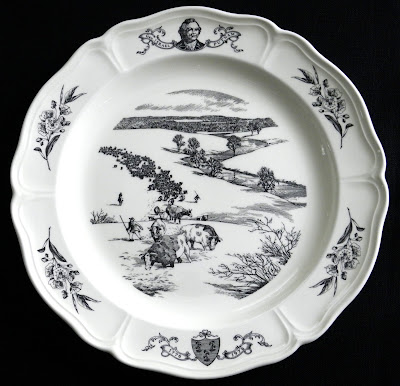 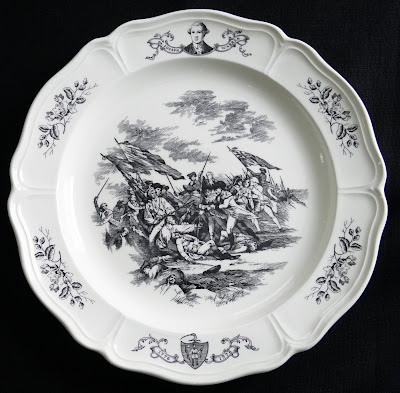 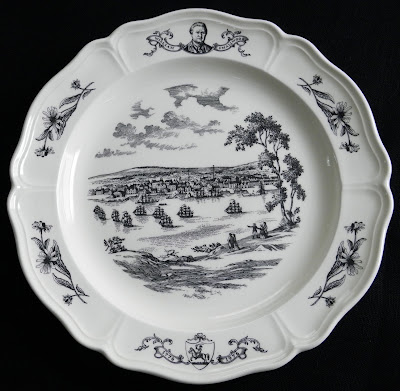 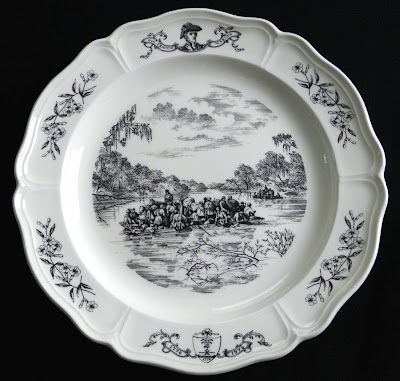 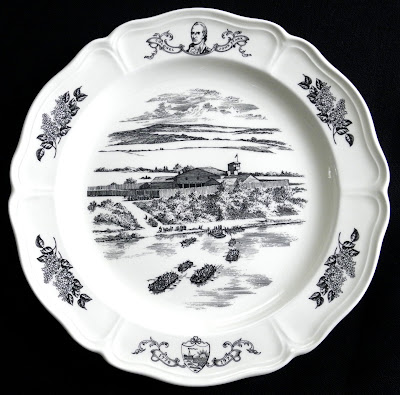 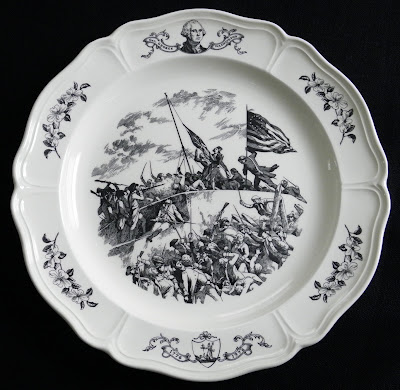 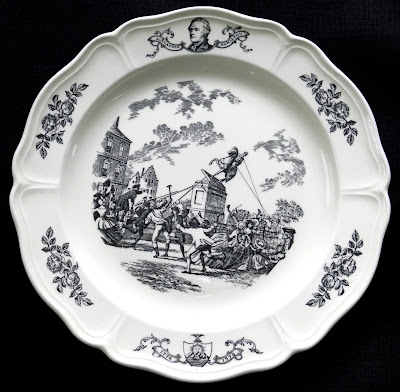 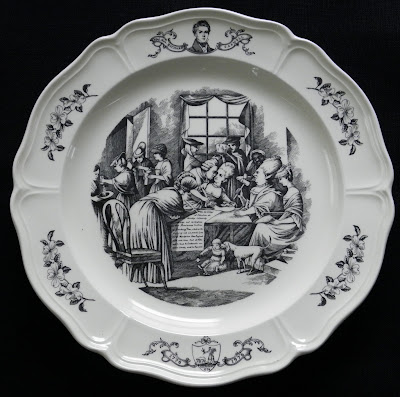 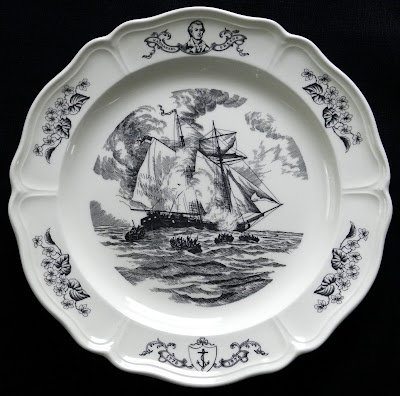