Pumpkin hand pies are an easy alternative to the more traditional pies for Thanksgiving.  Growing up, mom would begin her pie baking as soon as Halloween came to an end and she would spoil us with mini pumpkin hand pies that were baked by the dozen.  Tucked into a Pyrex bowl covered with a towel, my brothers and I would steal them when she wasn't looking. Actually, I think she knew what we were up to, but since these were handmade with all-natural ingredients, mom didn't care how many we gobbled up. 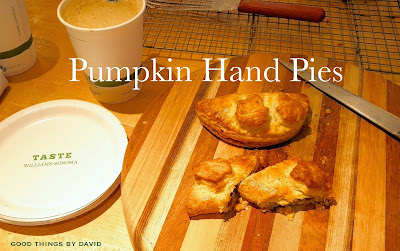 It's been years since I've enjoyed one made by mom, so I took it upon myself to create a version that was true to her original.  I must admit that they weren't quite what I remember, but nonetheless they were impeccably light, flaky, spicy and truly delicious.  Imagine a pumpkin filling that is slightly sweet and lightly spiced, covered in a flaky crust that is mouthwateringly good.

My mini Pumpkin Hand Pies made their debut at the Williams-Sonoma demo this past week, much to the gratification of everyone who tried a sample. About six dozen samples were divvied up that day.  Not one scrap was left! I have to say that the funniest moment was when a 1-1/2 year old baby jumped up and down with joy as she was eating a sample given to her by her mother (you'll see a photo of her!).  What better seal of approval do you need? 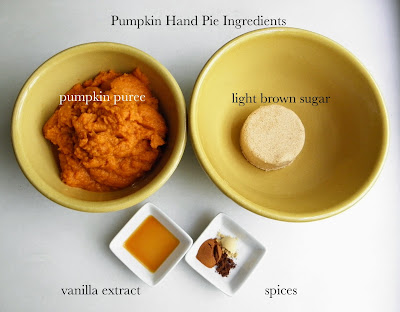 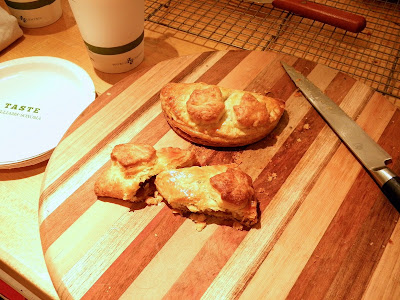 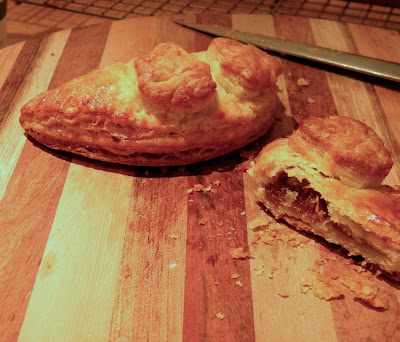 Look at how well that pastry bakes.  You can see the layers of flakiness!

Pumpkin Hand Pies are among the easiest things to bake and without a doubt, they are perhaps the tastiest of desserts for Thanksgiving.  Create something new this season and put a smile on everyone's face with mini pies that are perfect to have with a cup of tea, some mulled cider or with a bit of coffee. Any which way you serve these little delicacies, as long as you make plenty no one will be fighting over who gets one.
Email Post
Labels: Baking Desserts Fall Pies Thanksgiving