Over the course of my collecting drabware china these past eighteen years, I have greatly admired the clean lines, the fine proportions, the earthy variations in hue and gilding, of the earliest examples.  As hard to come by as some of the older pieces can be, they do come up for auction every once in a while. 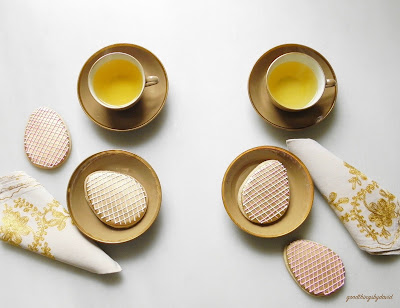 Although I own dozens of pieces of millennium Wedgwood drabware which was made for the Martha by Mail catalog, and some of the Tiffany & Co. drabware from the early part of the 1970s, I had yet to add anything older than these pieces. 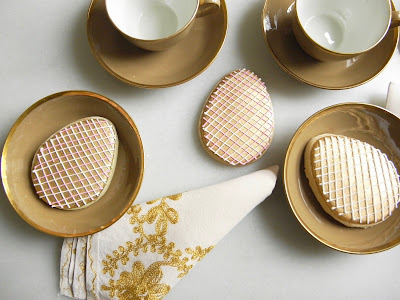 I finally have the pleasure of owning some antique drabware teacups that were made in the early part of the 19th century.  They are beautiful pieces of fine china that have managed to survive for over two hundred years, and yet, their provenance remains a mystery to me.  The ca. 1810 teacups and saucers came straight from England to be housed in my Philadelphia home.

The first thing I noticed about these pieces was the darker shade of drabware found on the saucers and the exteriors of the cups.  Its hue is deeper than my Tiffany & Co. and Martha by Mail examples.  It is said by experts that earlier pieces of drabware ranged in hue from light tan, greige, green and even brown. These variations in color resulted from variables such as kiln temperatures and minerals found in the Cornish clay.  The insides of my teacups were given a white interior and thick gilded accents.

That these antiques happen to be teacups makes them absolutely perfect for my house, because we do love a good cup in the afternoon.  Although I don't plan to use the cups on a daily basis (my other pieces are more appropriate for that), I will set a table with them when the mood strikes me.  What I won't do is let them collect dust and go unused. 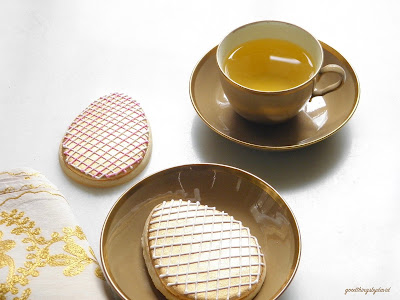 For Easter, I made some special gilded-egg sugar cookies to serve for our afternoon tea.  They looked spectacular on the old drabware. 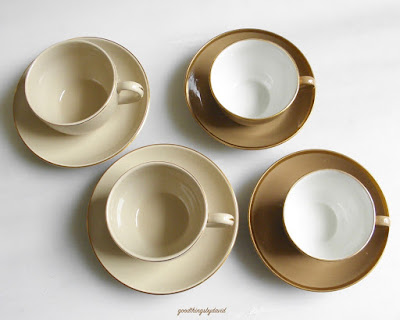 You can see the difference in color between these sets of teacups and saucers (above).  On the left are fine examples of ca. 2000 drabware made exclusively for Martha by Mail.  To the right are the much older ca. 1810 cups.  Both are timeless specimens of English china.

If you want to read more about drabware, click here for a post I wrote several years ago.