I adopted 2 adorable cats many years ago from a no-kill shelter when we moved into our first home in Haddonfield, New Jersey and I'd like to introduce you to them.  It seems like just yesterday that I rescued them from the Animal Adoption Center, but in reality they're already "middle-aged" kitties with stubborn personalities.  Having grown up with pets all my life it was only natural to fill our home with the pitter-patter of little feet, in addition to the hissing, scratching, growling, meowing & the occasional biting that we seem to love.  For those of you who have pets, you'll agree with me when I say that these little creatures become members of the family who require love, attention and special care.  Go through these intimate pictures of my little ones; I can't imagine our lives without them. 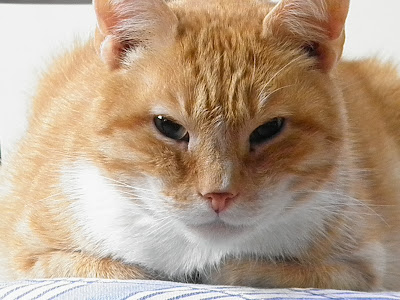 Lion
Lion is a domestic short hair red tabby with the cutest face ever.  He has a fluffy "turtleneck" that is kept pristine white, along with white socks & white mittens.  Truth be told, he's a gourmand at heart.  There isn't anything he won't try to eat and he likes to supervise me while I prepare meals. 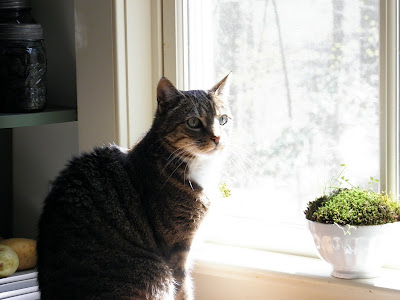 Mistress
My domestic short hair grey tabby Mistress, is the Queen of the house (Ma Reine de Saba).  She is feisty, talkative, likes to watch "Animal Planet Live" (looks out the window at nature) every single day and enjoys long naps.  She too has a very white turtleneck, white socks & white mittens.
✼✼✼ 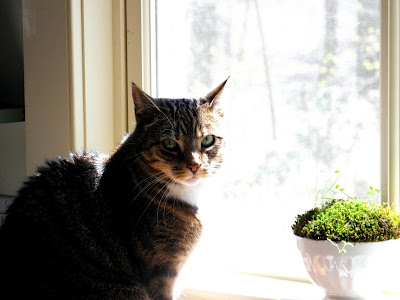 Her gaze is very soulful and very loving.  Mistress loves to follow us around the house like a dog and rushes into whichever room we're about to go into (I have to anticipate her or else I end up tripping).  In the picture above, she's sitting on my dough counter next to a moss-filled porcelain cafe au lait bowl. 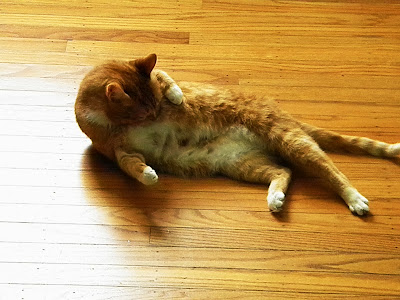 I do so love it when cats clean themselves this way.  Lion almost looks like a sea otter. 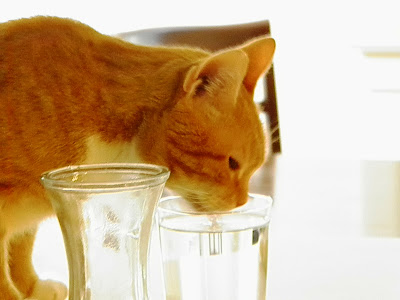 He's people you know.  I think his preferred way of drinking water is from a glass.  Here he is using a Martha by Mail glass that is kept on the counter at all times with fresh water. 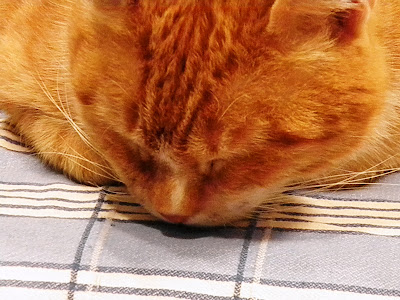 Sleepy eyes is sitting on a kitchen towel that has moved into his "collection".  The kitties will claim certain items for themselves and of course, we don't deny them a thing. 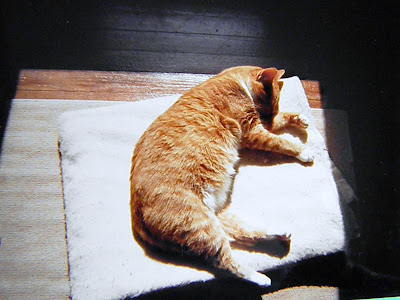 Lion doing what he does best.  If he has a sunbeam and a soft cover or bed to sleep on, he's in cat heaven! 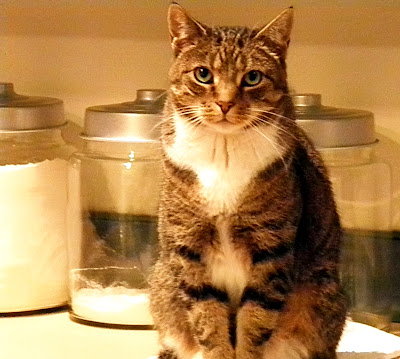 Mistress sitting in front of some apothecary jars (I'll blog about that collection soon).  Since I spend a lot of time in the kitchen, kitty will almost always keep me company.  She has very nice markings. 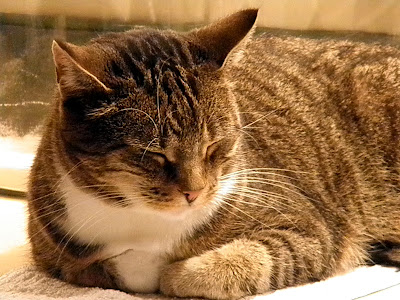 Give her something soft to sit on & she will get some shut eye.  Her "turtleneck" has never been dirty.  She keeps it snowy white at all times 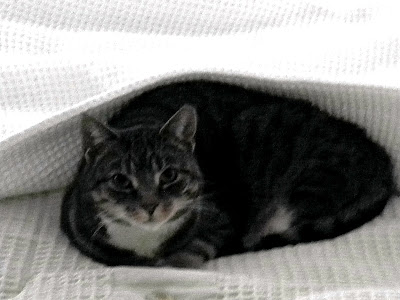 Under a waffle weave coverlet in the master bedroom.  Very comfortable. 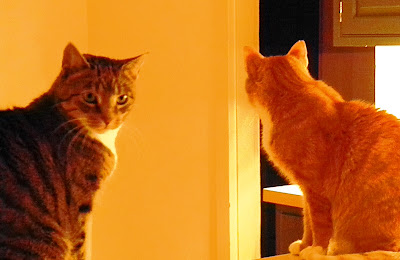 Brother & Sister sharing a rare moment together.  Although they've lived together for more than a decade, they still argue and get on each other's nerves.  Cats will be cats.
✼✼✼
Email Post