Do you know that two methods exist for making Seven Minute Frosting?  The first technique uses an Italian meringue base whereby a sugar syrup is cooked to the soft ball or thread stage, 235° F, and is then added to stiffly beaten egg whites on medium-high speed until fully absorbed.  It's very delicious made this way, but I thought I would save that for another post in the future.  The second method is more traditional and a bit easier.  Egg whites, sugar and a few other ingredients get whipped for 7 minutes in a heat proof bowl or double boiler, with a handheld mixer over a pot of boiling water.  That's right, boiling water.  The end result is a very light, foamy and quite stable icing that stays soft & spreadable when applied to cakes or cupcakes.  It's sweet, tasty & so wonderfully simple to make.  Tempted?  Keep reading. 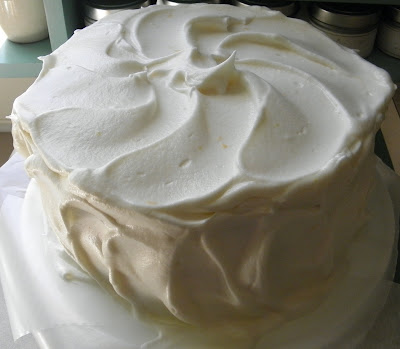 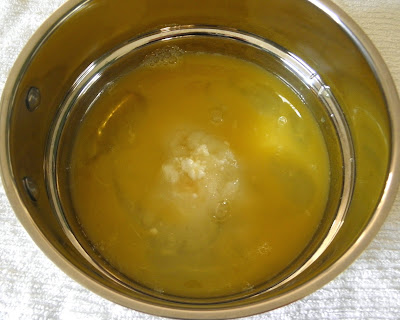 In a double boiler or a heatproof bowl (one that will sit over a pot), with at least a 3qt. capacity, combine all of the ingredients except the vanilla extract & orange zest.  Fill a pot about 1/3 with water﻿ and bring it up to a boil.  When it reaches the boiling point, set the flame to medium-high and keep it at a boil. 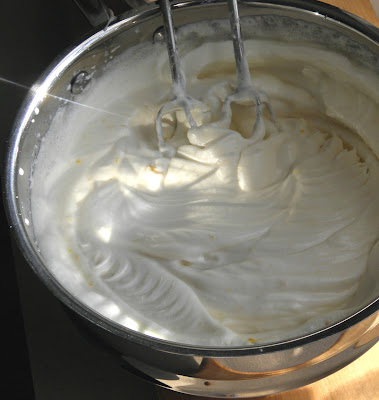 Place your double boiler or bowl over the boiling water & immediately begin to whip the ingredients on high speed with a handheld mixer.  Within about a minute or so, you will begin to see a change in texture.  The ingredients will become pale and in just a few minutes more, the frosting will get marshmallowy & will triple in volume.
Total beating time is 7 minutes.  Set your timer. 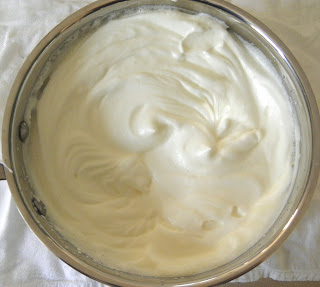 After 7 minutes, remove the frosting from the heat (turn off your burner) and begin to cool it down.  I always have a damp towel at the ready to wipe the outside of my bowl.  As your doing this, continue beating the frosting, then add the orange zest & vanilla extract.  After about a minute or so, the frosting should be cool.  Test it (have a taste, I won't tell anyone!).  Once it's cooled it can be used to frost.
Note: this frosting should be used within minutes of making to fill & frost a cake or cupcakes.  Although it feels & looks like meringue, it is much more stable and won't weep.  You can even pipe it if you wish.
♛♚♛
Wasn't that simple?  If you don't want to make an orange-flavored icing, simply substitute water for the orange juice and omit the zest entirely.  I must admit that I was instantly transported back to childhood as soon as I tasted this frosting.  It's very reminiscent in flavor to an orange cream soda.  Sweet & delicious, this icing is perfect for those who don't like rich buttercreams on their cakes.  An Orange Seven Minute Frosting will get devoured by all.  Try it on your favorite cake or cupcake recipe.  Enjoy!
Email Post